Part 1: White Fragility in The Hate U Give

This summer, I made a commitment to walking 3-4 miles a day for fitness. I live in a house with four other people who all do Crossfit, but that's not really my speed. (It's not only hard as hell, but it's also a little culty, let's be honest.) Going into this commitment for my physical health, though, had an unexpected result of being good for my mental health as well. All of the sudden, I had an hour or two of free time for my mind, and I had to decide what to do with it. I would catch up on late night comedy from the previous day, listen to clips of the news… but honestly, the news is exhausting these days.

I found myself introduced to the world of audiobooks. I'm not going to lie - I've been really hesitant to try audiobooks because I pride myself on being a reader. And readers read with their eyes! Right? I have also trained in speed reading, and the slow pace of audiobooks annoyed me at first. I knew that if I picked up the paper book, I could move through it three or four times as fast. But, I realized, I am listening to youtube videos and news clips all the time, and I don't chastise myself for not reading the transcript instead to save time. Time, I had. So I embraced audiobooks, and I fell in love. Not only could I listen to them while I was walking, but also driving, washing the dishes, cooking dinner. Think about how much time I wasted not reading over the years! 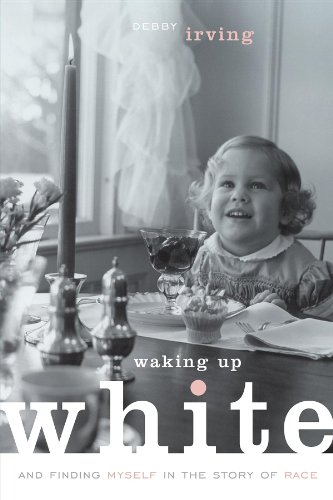 The the end of last school year, my husband came home with a book recommendation for me: Waking Up White. It chronicles one woman's journey moving from feeling race-neutral, to understanding what it means to be a white person, to pursuing justice and equality from her position of privilege. Her book was a thoughtful personal narrative that benefited from her honesty, even though it resulted in uncomfortable vulnerability and embarrassment.

The next audiobook I tackled was White Fragility, which I had read about on Facebook. This book was written by an anti-racism workshop leader who would go to businesses to help them understand why diversity in their workforce was escaping them. It was more an informational text than a narrative one, although the anecdotes were wonderful.

From these two books, I learned so much. I learned what "white culture" is. I had always assumed that culture was something other people had, but my family and society were just "normal." Values like optimism, efficiency, frugality, individualism, meritocracy - these are aspects of white culture and are not necessarily universal, as I had assumed. (I am hoping, in my further study, to understand the chicken-egg relationship between white culture and dominant culture, since obviously these traits are not exclusive to white people.)

I also learned the "symptoms" of white fragility. These are things like binary thinking - a belief that racism is an intentional hurtful act: racists are bad, so if I'm a good person, I cannot be racist. The resulting defensiveness, "I am the least racist person you have ever met!" Trying to absolve oneself from the racial discussion: "I've been in an interracial marriage for ten years, so I cannot be racist." A focus on intention instead of impact: "He didn't mean it like that." Bringing the focus of attention back to the white person through anger or crying, which detracts from the actual discussion of race at hand or the offense to the person of color.

Next, I read The Hate U Give by Angie Thomas which was my choice of the assigned summer reading choices from my school. Having just read Waking Up White and White Fragility, I was in such a good place to read this book. The story is about a teenage girl, Starr, who witnesses her unarmed, black, teenage friend killed by a police officer during a traffic stop. Throughout the story, Starr dates a white boy and struggles with a white best friend. In this post, I would like to examine a few moments from The Hate You Give that I felt were enhanced by my slightly-more-"woke" position as a white person, reading this book.

Many white readers will love this book for its authentically-written insights into a black character's mind, but the truth is that it is impossible for a white reader to truly immerse into a black character's experience. It's a step in the right direction, absolutely, but your own perspective and worldview will color what you read, and that is what I hope to address here. Years back, now, I read Blink by Malcolm Gladwell. It was wonderful book, to be sure, but it asserts that one can overcome their initial or instinctual reactions through exposure. The more a cop trains under pressure, the better they will perform under pressure. The more fires a firefighter fights fires, the better they will fight fires. (Try saying that ten times fast!) And thus, the more a white person spends time with black people, or reading from black authors, the less racist they will be. But that just isn't exactly true in the same way. As white people, we have privilege that effectively shields us from all this racial discomfort. It is more akin to a fireproof superhero fighting fires: he might see how much the victims are burned, but he's never really felt that pain.

In Part 2, I will examine Hailey, Starr's problematic white friend.
Posted by Rachel Balla at 2:00 PM