Part 3: White Fragility in The Hate U Give: The White Ally 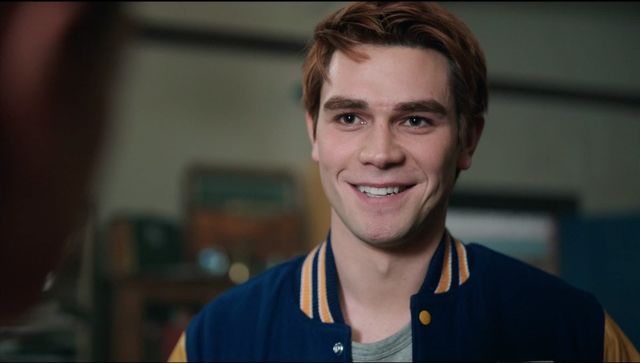 In contrast to Hailey, whose white fragility worsens throughout the book, Starr's boyfriend, Chris, is provides a dynamic look at the "white ally." He comes from a wealthy family, goes to a private school, but he's enamored with black culture and dates one of the few black girls in school. As the book begins, the reader has to wonder if he has tokenized Starr, especially since the first story we have about him is when he pulls out a condom, even though Starr has clearly stated that she isn't ready to have sex. This is a red flag that perhaps he doesn't fully respect her. He proves himself throughout the story, though!

In one notable moment soon after Khalil is killed, Starr has a freakout-flashback when Chris touches her, her unconscious mind connecting him to the white officer who shot her friend. Starr hasn't told Chris about the shooting, though, and so he's confused about why she is upset. When he presses, she blurts out, "You're white, okay? You're white! ...You're white, I'm black. You're rich, I'm not."

Chris's reaction shows a step in white fragility. He turns the attention back to himself: "God, seriously? This is what you're pissed about? This is why you're giving me the silent treatment?" It is painful for the reader to know what Starr is going through and to see that Chris's first instinct is to focus on his own pain and to blame her for it. He seems to catch himself when Starr shows obvious offense, but his next move - although made in better conscience - is yet another problematic one. He says, "It just… it doesn't make sense to me, okay?... Maybe you can help me understand." This interaction is significant: Although we know Chris is conceding and trying to learn better, DiAngelo still cautions white people against expecting people of color to educate them about race. Again, it is intentions over impact - even good intentions can have a negative impact on the person of color. Starr, exhausted, is not up for the task. She can either set aside her own feelings, passively excuse what is wrong in Chris's behavior, and pretend everything is okay… or she'll likely lose him. So, she does the former. It broke my heart for Starr, but also, uncomfortably, made me wonder how often my friends and family of color have done the same.

My opinion of Chris changed late in the novel, though. When Starr and Seven go to rescue Davonte from King's house, Chris insists on going with them. There is a direct parallel between Starr's insistence and then Chris's, and it happens twice: first when they get in the car and then again when they go into the house. In both cases, Seven wants to go alone, and Starr insists she will come, and then Chris insists as well. This parallelism is important because although Chris is doing exactly what Starr did, his racial status makes his situation very different.

As a white ally, this was a lovely moment of Chris using his privilege. Although the stakes are high and Starr certainly believes that King will hurt or kill them if they are discovered - she says to Seven, "You go out there and you're dead!" - as a reader, I actually doubt that. If anything happened to Chris, or if he witnessed something happen to his friends, he would call the cops. He even proposes it, and his friends shut him down: "'Maybe we should call the--' 'Chris, man, come on!'" While this was certainly an insensitive thing for Chris to suggest given Starr's experience with the police, as a white person, his call wouldn't be the same as hers. They would respond. Chris would be believed. If he was hurt, his wealthy white parents would see to it that justice was served in a manner Khalil's never could. The system is set up to protect Chris, and he uses that privilege to add a layer of protection to his friends. It is not a huge act of heroism, not like Starr pulls off in the climax of the novel, but it is a significant example of how to use privilege.


Conclusion
I encourage all of my white friends to read these books. Socrates is rumored to have said, "I am the wisest man alive, for I know that I know nothing." This encapsulates my experience with these ideas - as I learned more about who I am, and how the system works against people of color, I begin to see nuances, complications, emotions, and more that I could never have noticed before. My takeaways from these examples are that I should:
There are a million more; this is the tip of the iceberg. But in this moment in time, we see a rebound of overt white supremacy, nationalism, and racism.

There is no more room for good people to do nothing.
Posted by Rachel Balla at 4:46 PM