I found myself with a lonely day: my roommates were tired, my husband traveling, Stephanie already back at school. I embraced this - after a weekend cruise that involved crowds, a cramped cabin, and constant stimulation, a day to chill was welcome.

So I googled: best horror movies on Netflix. I love horror movies… but so often, they disappoint. Horror as a genre should be about taking a slippery-slope into the darkest fears of the human experience, but I find that mainstream horror tends to be more slashers or torture-porn, and I usually roll my eyes at the trailers.

However, I do think there has been a resurgence of quality horror lately. After all, Get Out and Quiet Place were among the best films I've seen in years. This made me feel like giving this list a try. I had a delightfully frightening day, and so this post will be a review/analysis of the four films I watched. There will be spoilers, so I recommend watching them before reading on. All of them are worth it! I started with a movie that has been on my list for months: Raw. The summary intrigued me, and I had tried to find it on Netflix while visiting my sister-in-law in France this summer. It wasn't available at the time, so imagine my surprise when it turned out to be a French film! Get on the ball, French Netflix.

The premise: A veterinary student endures hazing as she enters school. One ritual involves eating a rabbit liver raw, which is a problem since she is a vegetarian. She caves, only when her sister, an older student, pressures her into it. Soon, she craves every kind of meat and ends up with a disgusting but unique zombie / cannibal syndrome.

This syndrome echoes the experiences a young person might have as they transition away from their home and supervision of their parents into drug or alcohol use. The pressure to indulge is high, it is difficult to find moderation, she doesn't quite understand how it will affect her, and she ends up hurting herself and others. The plotline effectively explores our deep fears of addiction and loss of self control, especially due to peer pressure and the fear of being excluded. But this is nicely balanced against the relationship developed between the two sisters. (I love, love, love the way horror lends itself away from tired romance plots!) The older sister knows the ropes of both the school and their syndrome well, and she knows how to manage it… until she doesn't, and frequently lapses herself. The sisterhood is co-dependent, but co-destructive.

Star Garance Marillier (excuse the pun) killed her performance - at the beginning, she sells the quiet-girl schtick so well that by the time she turns feral, she had turned all my expectations upside down. Also, the love interest was super hot (and spoke French the whole movie, hell yes!). 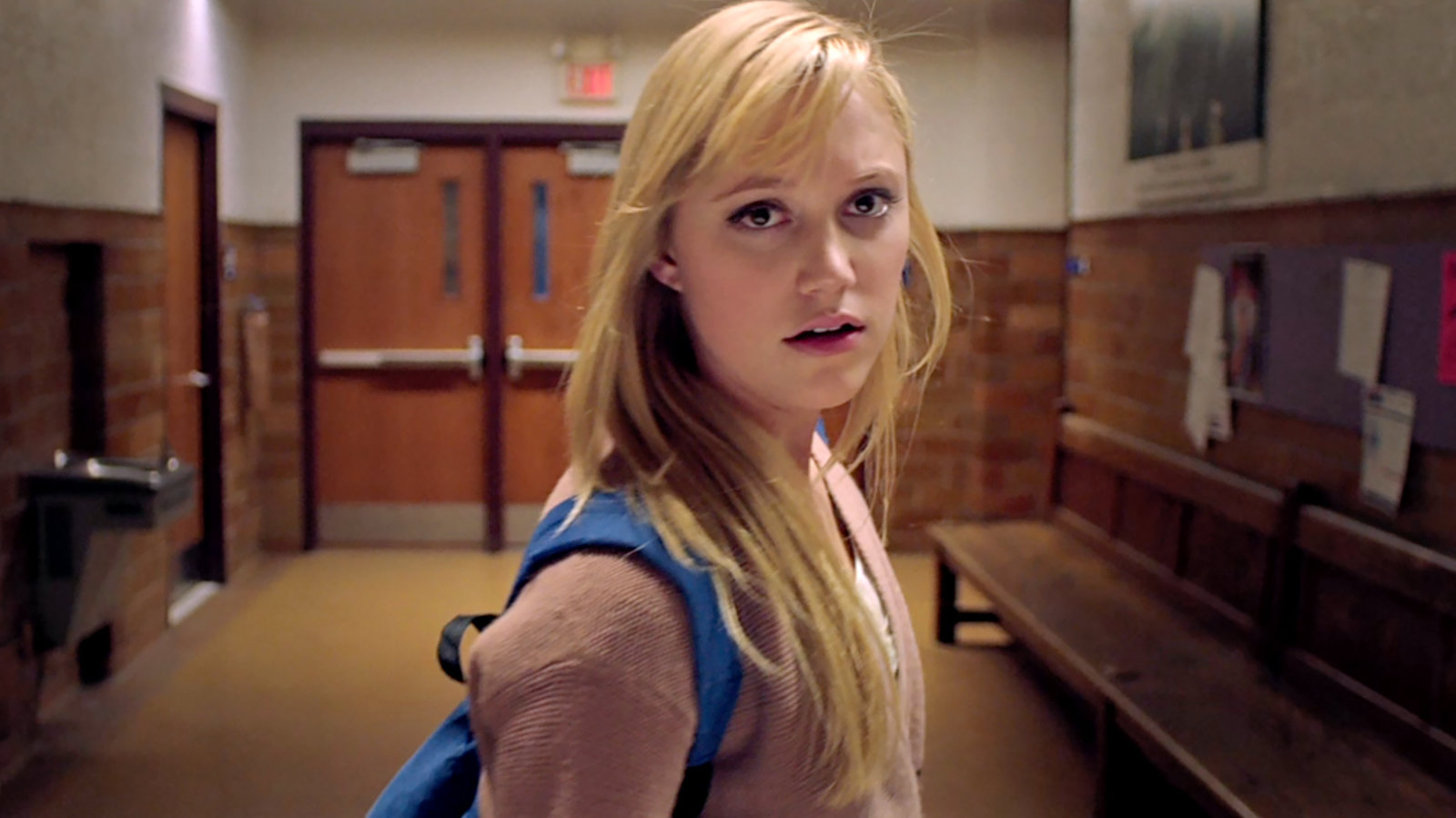 This was definitely the scariest of the four! A young woman has sex with her new boyfriend, and gets a unique STD: a curse. She is cursed to be followed. There is a demon that can take any form that will just walk toward her at a slow-to-moderate pace. If it catches her, she dies.

The protagonist, Jay, is surrounded by a group of friends who believe her story, although they cannot see the demon themselves, and commit to helping her. Although there are romantic notes in this story, it's primarily a story of the power of friends, especially in groups. The romances that do develop bloom out of those friendships, which is a nice deviation from the tropes of the "friendzone" or "love at first sight" narratives we see too often.

This resonated with me very much. I live at quite a distance from my family - yes, we live on opposite ends of the country, but we also have large distances in our philosophies and approaches to life. They continue to be religious, where I am a militant atheist. They are conservative, and I'm very liberal. On Sundays, they go to church, and I go to boozy brunch. We still love each other, but such differences mean that it's not always easy to open up to them because there's so much dissonance. So, I have built a family around me here. I live with my husband and his brother, and two married roommates and friends. I have Stephanie, who might live across the country, but who I know would come to my aid if ever I was haunted by a slow-walking demon. So, I really understood when Jay refused to tell her parents about the demon or ask for their help - she had her friends, who were every bit as reliable, committed, and loving as family could be.

her to accuse the boy who had given her the curse of rape. The police ask, pointedly, "Are you sure it was consensual?" and she nods. Yes, it was. Even her friend shakes his head and says, "What did he really do to you?" I appreciated these moments because so often, there is this false narrative that women call RAPE! out of revenge, to punish her partner when she is disappointed after the act. Of course, Jay is upset at being used and terrified by the curse, and in many ways she was victimized even if it was not through sexual assault specifically, but she, herself, never goes there. Everyone expects her to. They would "rescue" her and punish the boy, if she gave them cause… but she doesn't. Jay refuses to do that, as I expect most women would.

Thematically, this film seems to address our human fear that death is coming for us. Perhaps, it could be viewed as a story about a serious-to-fatal STD, like HIV, which you have to constantly treat or it can sneak up behind you. However, the film doesn't dwell so much on the sex that it could not be relatable for people who aren't sexually active, and the film doesn't slut-shame. Death could be "following" you for any reason - Jay's happens to be the sex she was duped into, but yours could be a car accident or a disease… or just age.

Cinematically, this was a traditional horror film - shot in third person, the actors beautiful young people in suburbia, intense music, jump scenes, and creepy over-the-shoulder shots of the demon closing in. Creepy, but enjoyable!

This one stars the fabulous Karen Gillan, who I already loved from Guardians of the Galaxy and Jumanji. It weaves together two narratives brilliantly, past and present. As children, brother and sister watched their parents suffer at the hands of an evil mirror. As adults, they try to "hack" the mirror to document and prove its evil before destroying it. In that way, it was a very "traditional" versus "modern" storyline, where the mirror used old-school magic and the protagonists used timers, cameras, and phones to stay one step ahead. 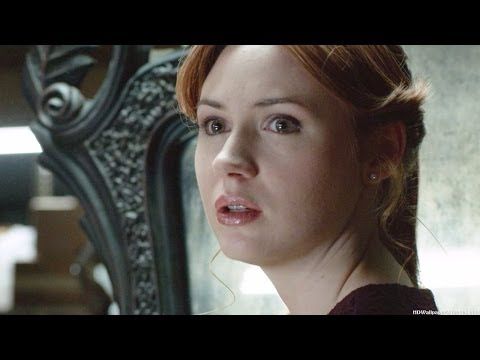 This film was also very traditional in its filming - gore, jump scenes, the works. Its power came from the unique villain: the mirror does not seem to be a specific ghost or demon, but instead mostly a complex self-defense system. It uses psychological tricks to outwit the humans who intended to hack its magic.

The film did a beautiful job of exploring the ways in which our minds can be tricked. It is infrequent that we realize how false our memories can be, how we can doubt or justify our actions for no reason, or act without thinking. This movie shoves this reality right in your face and won't let you turn away.

But in addition, I wonder if this does not represent the fear we have toward technology like Facebook. It can jerk us, emotionally, in any direction, any time, for its own interests. We struggle between that feeling of being coerced and a feeling that we can change the system, if we can "hack" it… but in the end, we only fuel it, at the expense of ourselves. 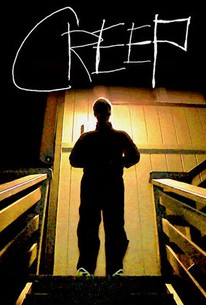 This film was the hardest for me to buy into, in terms the viewer experience. It features a videographer who is hired by a (supposed) terminal cancer patient to document his life for his (supposed) son-to-be, who will be born after he dies. Much of the film is first-person - you watch it through the camera of the videographer filming and minimally commenting from the other side of the lens. This was disconcerting, for sure, since most films aren't shot this way. But it was also uncomfortable because you watch the story unfold from the eyes of the "victim," but you have no control over what he does. It feels like being in the front seat, but not the driver's seat, as you drive off a cliff.

If you asked me to summarize this movie, I would say it is a "white Get Out." It delves into similar moments and catharsis as the audience shouts at the protagonist to get out of there!!! but watches in horror as the protagonist, Aaron, decides not to. It is distinct - he thinks it would be an overreaction or a sign of weakness to admit he is afraid, even when he sees clear red flags. And since, as a man, he has no real practice being afraid, he barely knows what to do!

Fundamentally, this film is about toxic masculinity. Literally no woman would have fallen into this trap. Go meet a man I don't know off an internet ad? Nope. Walk with him into a secluded forest? Nope. Oh, he sent you a package? Don't open it. Call the police. Stay with a friend - or lots of them (see also, It Follows, above!). He wants to meet to explain? Noooooo.

See, women operate under the daily assumption that we could be axe-murdered by any man, any time. Men don't. This film really plays with that. Aaron is afraid, he is terrorized, but he is unwilling to admit it or take action because that's not how men are socialized to react. This is nicely reinforced when he finally calls the police to report a stalker - the police are so dismissive that Aaron hangs up and resolves to "man up" and handle it himself.

This also addresses the real problems that we have as a society by not acknowledging the ways men are victimized. Women are a bit more comfortable asking for rescue because we are consistently told that we need it - see the whole "damsel" trope. But men can be targeted in the same way and instead be laughed off, even when they are in significant danger. Male victims of domestic violence, sexual assault, and (in this case) stalking, are just not taken seriously and thus do not receive adequate help. Throughout this whole story, the villain relied on Aaron's unwillingness to acknowledge his fear and the fact that he would receive little support from authorities. A toxic but absolutely reliable cycle that the villain knew would work in his favor.

At the end of the day, I realized this was a terrible idea because the same solitude that afforded me the space to spend all day watching awesome scary movies meant that I did not have my big, strong husband to keep me safe when I went to bed! Every bump in the night had me wide awake, and I only drifted off when I started streaming the news on my phone for white noise.

But, totally worth it!